I came across some old Sesame Street videos….got nostalgic…and then had to completely revamp my post because it quickly got out of control. Several hours later, here we are.

Sesame Street has been on the air for 44 years. It is in it’s 43rd season. It has taught generations of children everything from letters and numbers to manners and holidays. I dare you to find anyone over 2 or 3 years old who has never seen an episode. Don’t try to bring me people from other countries, either – Sesame Street is broadcast in 120 countries and has 20 independent, international remakes. So go ahead…I’ll wait…

That said. I thought I’d compile a quick list of black celebrities that have appeared on the show……WHOA, what a task!!! EVERYONE has been on Sesame Street. EVERYONE. It appears that if you haven’t been invited on the show, you just aren’t that big. And so, this post quickly grew from celebrities to every possible segment I could find in relation to Black people on Sesame Street.

This then lead me to realizing that my very first nanny job, was for a family where mom worked for Jim Henson studios…I learned a ton about the muppets then. So grab your toddlers, a glass of apple juice, break out the animal crackers, and sit back and watch some videos! Take a scroll through this post, and I hope you and your children find some fun times and learn some new songs! YouTube Channel coming soon!

Random Fact: Have you ever noticed that when muppets sleep, they generally throw their heads back or turn away from the camera? This is because their eyes don’t close. Only recently and with advanced technology have muppets been seen sleeping with their eyes closed. Elmo’s eyelids are purple…. 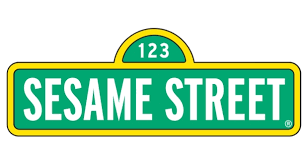 Cartoon: I Can Remember

A group of girls plays Down Down Baby!!!

2 kids discuss the Letter B

John John and Henry count to 20

A classic from Brams!

Miles grows up and has his own band

Random Fact: Muppeteers use their dominant hand to control the mouth and head. As a result, most muppets are left-handed. Any right-handed muppet is controlled by a lefty.

Random Fact: The creators originally wanted to call the show ‘123 Avenue B’, after the Alphabet City area of the Lower East Side. 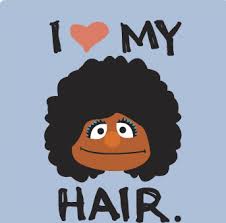 Maya Angelou discusses how your name is just fine

The girls sing change the world

Jesse Jackson tells the kids they are somebody – I almost cried!!!

Random Fact: From 2003-2009 ‘Miles’ was played by Olamide Faison of the group Imajin, and the youngest brother of Donald Faison.

Black Celebrities on ‘the Street’

Zelda Harris (remember Crooklyn?) and Grover talk above vs below

Bruno Mars talks about not giving up

Patti Labelle takes the alphabet to a whole new level

Will.I.Am talks about being yourself

Harry Belafonte does a duet with Animal

The Hines brothers talk near vs. far

Chandra WIlson is interviewd by Elmo

The Pointer Sisters sing the alphabet

Oprah play the letter O on the ‘O Show’

Smokey Robinson sings about growing up

BB King talks about the letter B

Random Fact: When Will Lee, who played Mr. Hooper, died in December of 1982, the producers felt it was better not to re-cast the role, and instead chose to use the opportunity to teach children about death. It is said that the entire cast and crew were in tears while filming this segment, which was shot in one take. The episode aired on Thanksgiving Day of 1983.